I consolidated the stories about Fred.

...long live, Hill Blocks View. I miss writing. But the thought of one more round of "welcome backs", or obsessing over stats, or thinking of the clever response to a comment, or the obligation to read everyone else's blog... not so much. So I'll try and write. No pressure. If you feel the need to respond, you can email me. I like email. flipaul@yahoo.com

This past weekend I hope everybody enjoyed Memorial Day. A day set aside to give honor to the brave men and women who have made the ultimate sacrifice. As a veteran, I am glad I didn't have to pay that price.
It also a good time to call attention to the terrible people who pretend to be veterans in some sick attempt to get attention. It is called Stolen Valor, and there are several organizations out there dedicated to exposing these wackos.
But the VA has come up with a new designation, and I think they have overstepped their bounds. Recently the VA called and told me that I was guilty of Overstated Valor, and that I was no longer allowed to call myself a Decorated Combat Marine Veteran. I explained that I was in fact a Marine who had awarded citations and been in combat. They told me, and I quote, "barely."
When I asked what that meant, they told me that I wasn't a very good Marine, that the war I was in only lasted for four days, and that furthermore, most of my ribbons were unit accommodations that I hadn't really done anything to earn. I told them that I thought they were being a little picky, and that I had bravely faced combat. They said that was called being young and dumb, with an emphasis on the dumb.
Eventually their labyrinthine arguments and their threats to expose my browser results (like I'm the only person in the world who Googles "I love to punch kittens") forced me to give up the fight. But as a compromise they have generously sent me a replacement ribbon.

Posted by flip mcfliperson at 8:09 AM 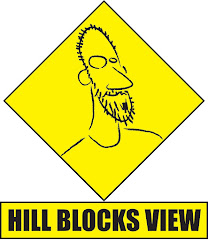 My Favorite, Not Necessarily The Most Popular, Posts